Please click here to read about our COVID-19 updates.

We are pleased to announce that Dr. Vinayak “Vinny” Ravuri has joined the BVS team! 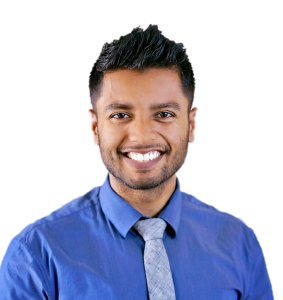 As a 2015 graduate of Western University of Health Sciences College of Optometry, Dr. Ravuri brings new perspectives on eye care, including ocular disease management and treatment, myopia control, and specialty contact lenses.   He has practiced at a variety of optometric offices around the greater Puget Sound region before settling at Broadway Vision Source.

Dr. Ravuri was born in Hyderabad, India and moved with his family to Ventura, CA at the young age of 8.   He attended UC Irvine, where he earned dual Bachelor’s degrees in Biological Sciences and Psychology.

He enjoys giving back to the community and has been on several volunteer mission trips including El Salvador and Vietnam.

Always the passionate outdoorsman Dr. Ravuri enjoys spending his time away from work hiking, snowshoeing, snowboarding, attending live music events, and exploring the pacific northwest with his camera in hand.

You can schedule your next appointment with us online!